Our first room in the Pacific ocean side of Nicaragua was called Barca D’oro. It had a good restaurant with a pool table and funny looking doves which where everywhere. They were fan tailed doves. 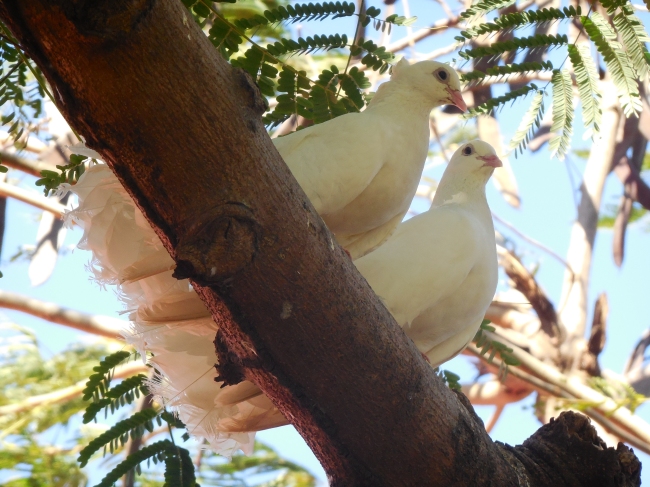 We only got 2 nights in this place but we only decided to stay 1 night in this hotel because the room wasn’t very safe to keep all our gadgets in. Our room was made out of bamboo and it was on stilts.It was very basic with 1 double bed and 2 single beds,1 cool shower and 1 compost toilet. Our position was on a bay that had no water in it in the morning and part of the afternoon so you could walk straight across to the ocean but in the evening it was full of water so you couldn’t go across. The sort of scary thing is if you go in the evening just before the water comes well you would be stuck. It was,of course a lot rougher than the caribbean sea so it was good to body board on like in Varkarla in India.
Our second hotel was called Sol y Mer which was a very stuffy room with a double and single bed and although we had two fans it was unbearable to sleep in but this was a safer room. Our hotel was right on the beach further down from the bay. It had a small platform looking out on the wild sea and had one of the best views of the constellations.

It also included breakfast although it was always the same: Gallo Pinto(rice and red beans,very common in Nicaragua),egg(which I didn’t eat),bread with delicious marmalade with butter,I also got a cup of tea and they got coffee.
Altogether we stayed 5 nights. Most of the days I went in the sea all day body boarding(the owner of the hotel had a small body board which he lent me) which I really enjoy. When I catch a wave I ride along with the white wave and I look at each side of the wave and I know I belong to the sea. One day the ultimate traveller got a small real surf board(he,of course didn’t surf. If he tried I would be the first one in a long line to watch him,that would be a laugh.) which was quite fast. I was also quite used to body boarding because I did it that much in a place called Varkala in the south of India which had massive strong waves. 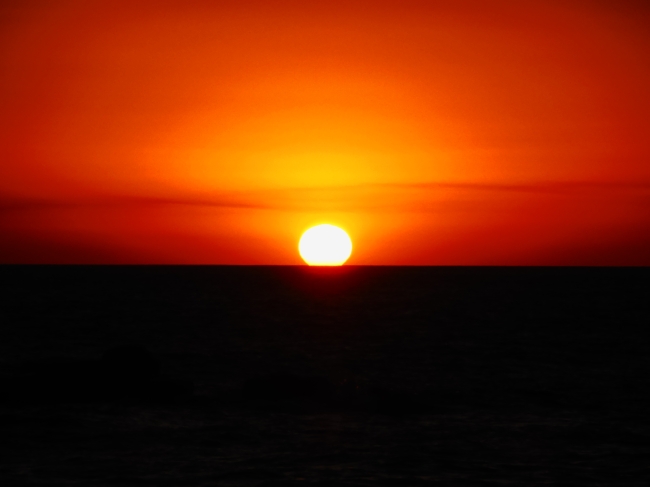 We went on a boat trip on a river which was surrounded by mangroves which is very near the sea. The boat trip was a bit expensive for what it was. We had to walk through about 30 vultures,

men cutting rays up with knives

to reach a boat with no canopy on but at least it was just for us(it was our hotels boat). We saw lots of egrets,

a 2 meter(7 foot) long thin light brown snake swim through the murkey brown river,it was really amazing to see a snake at close quarters in the river.

The guide showed us how to regrow a mangrove from it’s pod which is then used to repopulate mangrove swamps. Mangroves are a very important food source for crabs,sheep and habitat for oysters,crabs and fish.

After about half an hour we got off and followed the driver on a path and whilst we were walking you could hear the wild ocean getting closer. On the way we licked salt off some leaves,saw another iguana (we saw lots of them in Mexico so we are a bit iguaned out.),lots of bees of some sort and at the end of the path we were right on the edge of the beach and there was a turtle sanctuary placed there. In  big sacks full of sand were turtle eggs placed in them . This is what Nido turtle eggs look like.

We were on one of the most wonderful,amazing,magical beaches in all the places I’ve been. The sand was  white with some volcanic , sand. There were no  restaurants or shacks on it and you could see for miles and miles each way with just the plain deserted wide beach. The sea was still rough but it was really beautiful. I could just imagine that this would be the perfect spot for any turtle to hatch. 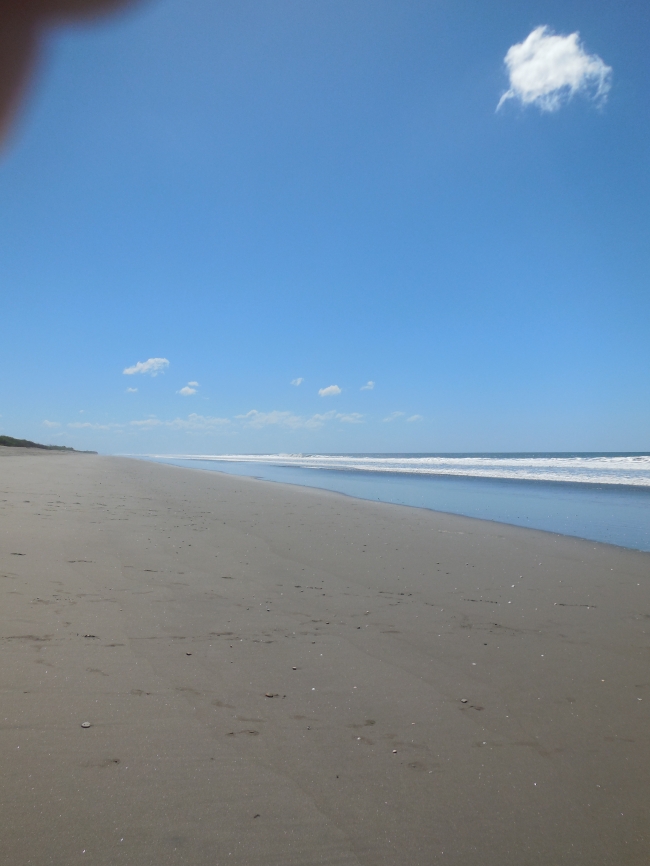 They said that they would hatch this week. We found shells with starfish prints inprinted inside them. We ate a bit of our own sandwiches and waiked back to the boat in the hot boiling sun thinking we would drive further down the river but we were taken back at full speed which was fun.

See you in the Caribbean!