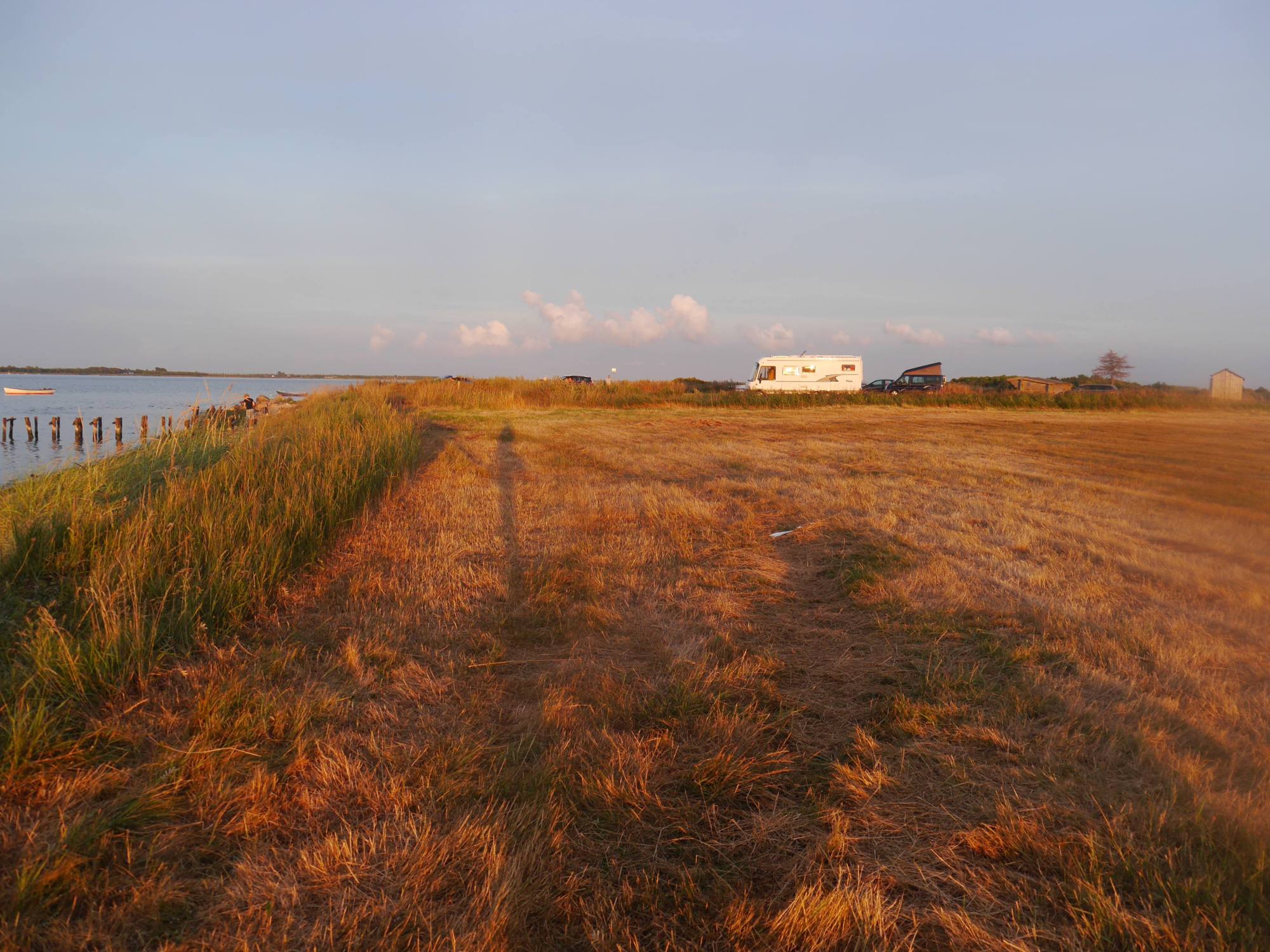 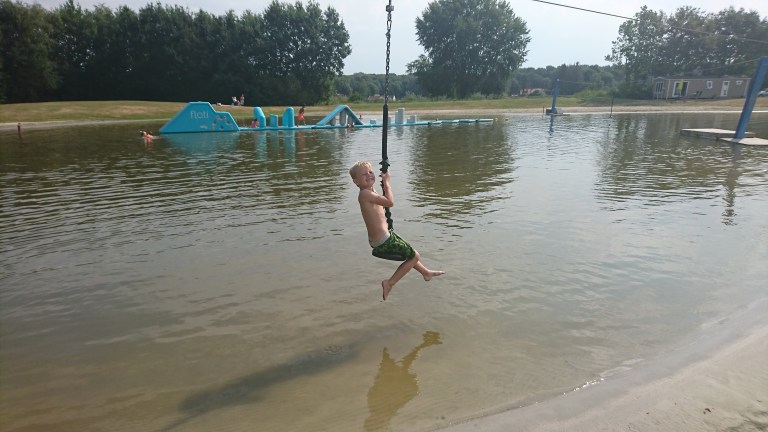 and cycling along fresh water lakes and into Germany. For the first couple of days we drove through the countryside to different garages sorting another part for the van (!) and met all sorts of interesting people; including a refugee from Albania who told us his story. From here we went to the Baltic coast( where I sailed in the Tall ship race last year (see post)). 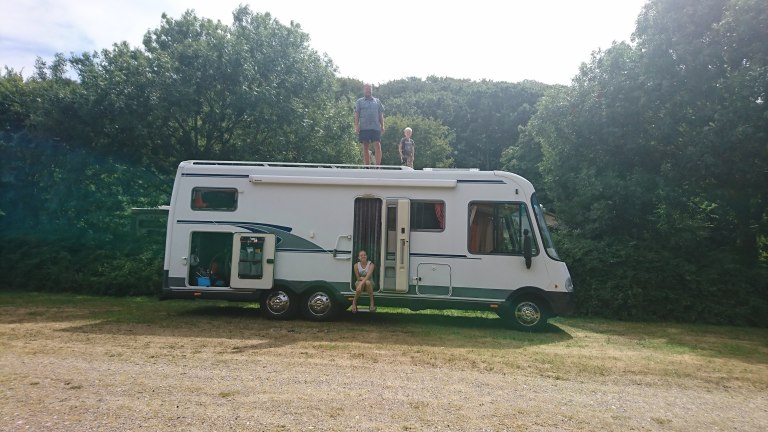 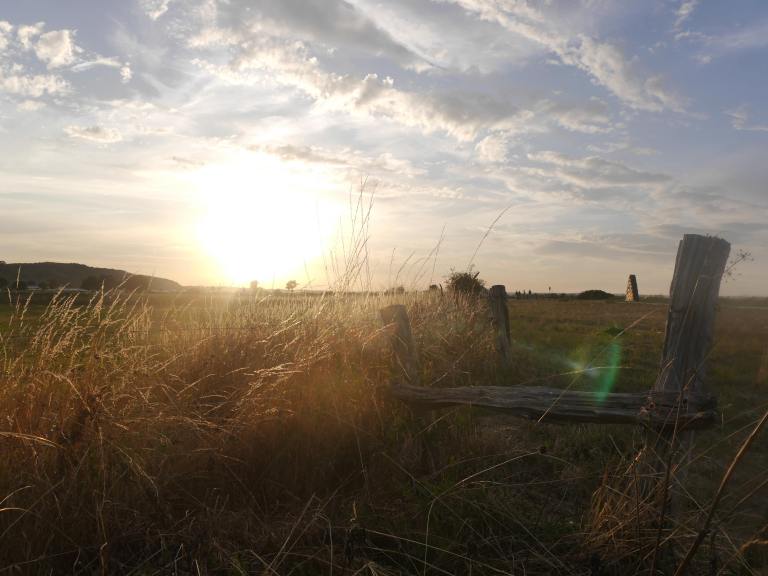 We were still in the school holidays and it seemed like the place to come for Germans from the city; so it was fairly crowded. The Germans appeared tough as they strolled into the icy ocean without so much as a grimace so it seemed we had too as well.

We stocked up on a month or two worth of food (and drink) for our trip around the Scandinavian countries as it was supposed to be expensive; even The Danish seemed to cross their border here to buy their own food!

A couple of days later we were driving into Denmark, the first of our Scandinavian countries. As we drove through it was noticeable the similarities this country had with our own back in England; the green fields and rolling hills stretched out for miles ahead along with corn fields and lush forests. We were finally able to access our first free night camping by the straits of Kattegat.

It was a beautiful way to enter the country especially as we met with our first stunning sunset since we set off. 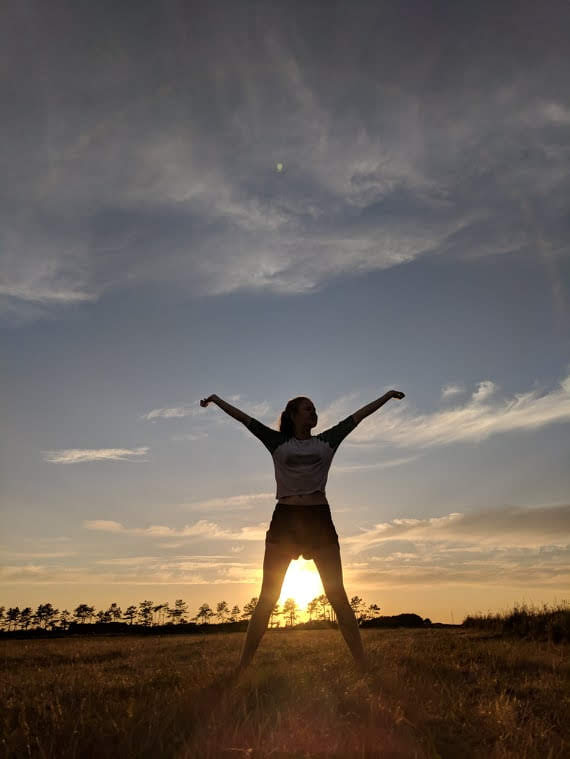 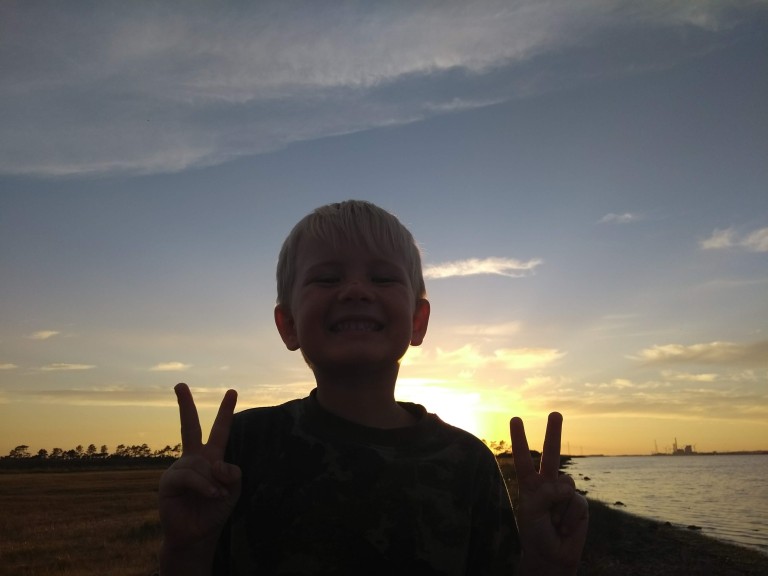 Nobody disturbed the landscape; it was silent but for the wind hitting the waves.

Driving up to the north towards the city of Aalborg we visited Lindholm Høji; a major Viking burial site.

The ancestors from my family are supposedly Vikings from Denmark so it was interesting to see- especially since we tend to visit most historical sites within countries.

Here approximately 700 graves lie around the landscape along with remains from the village itself including longhouses. 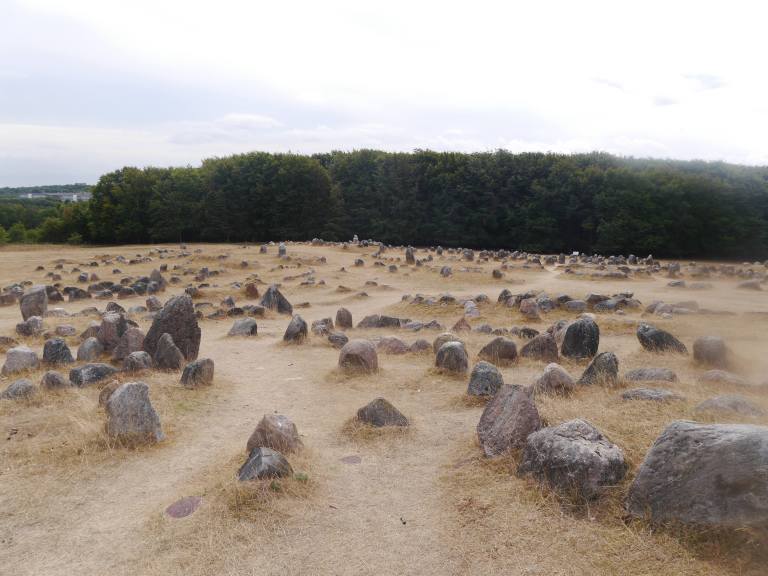 Graves were either mounds or marked with rocks in a circle (for the women) or a triangle and the traditional shape of their boats; indicating the importance of each individual Viking. 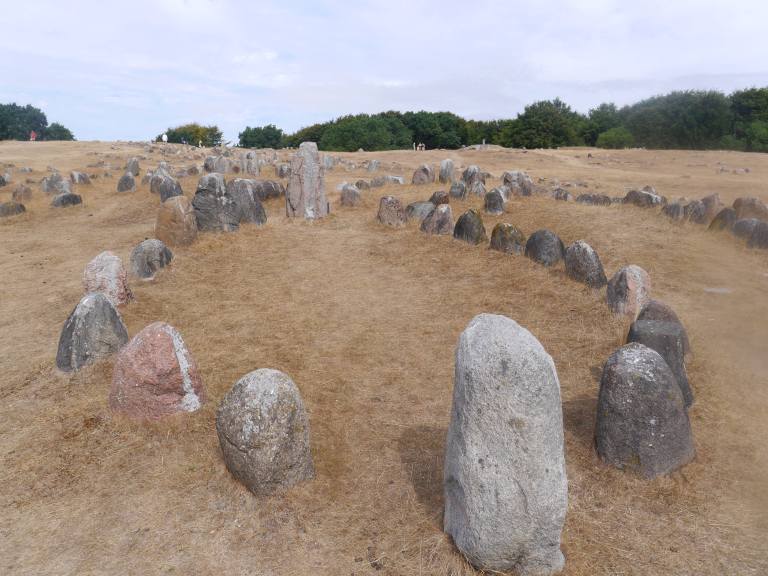 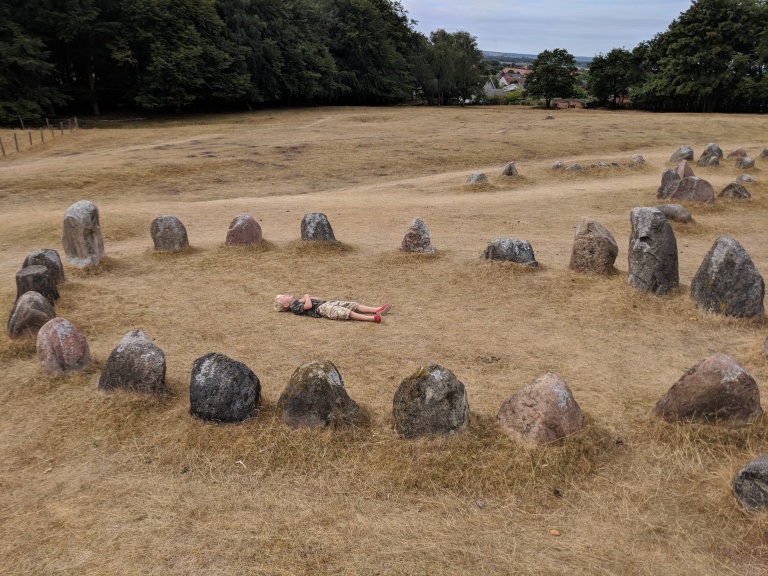 There was also an interesting museum about the area.

We drove back down half the country -doesn’t take very long – to another free night stop in the forest outside Randbøl (not far from Billund). 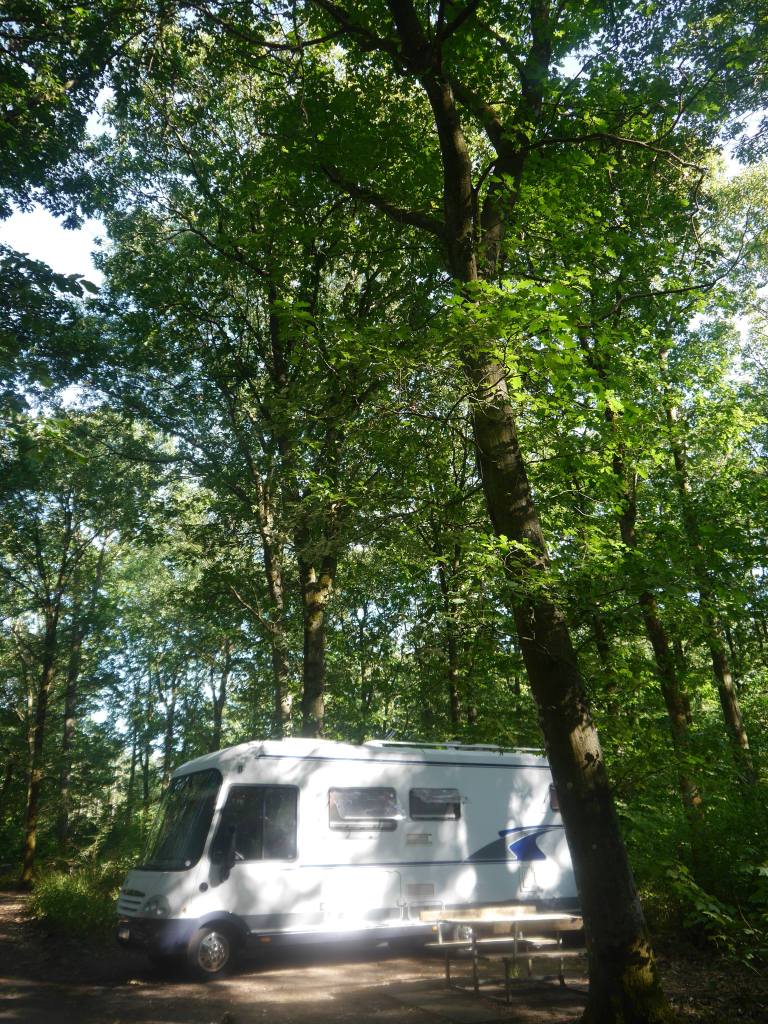 It seemed to be set up for large groups with it’s huge wooden tables, free wood, fire pits, run down zip lines in a clearing which felt like the middle of nowhere. 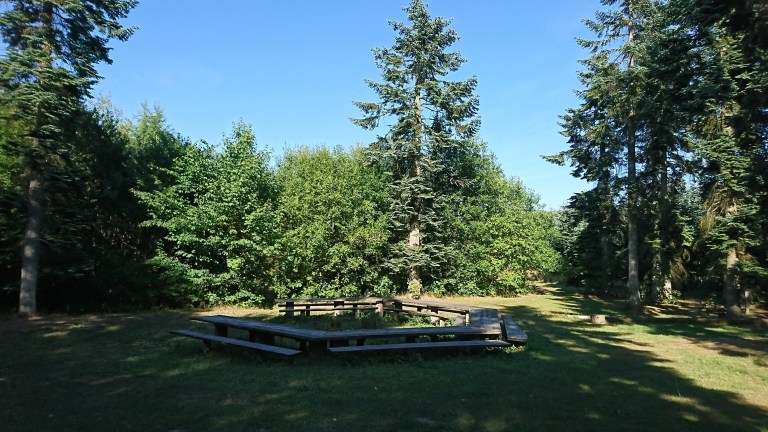 The woods were alive but remained silent, the sun shone down on us through twinkling leaves, lighting up the ash falling down from the sky from our crackling fire; the light was golden as smells of the burning fire and pine penetrated the air. When the sky darkened and the stars shone, we lay on a viking burial mound we found nearby at one with life itself.