Leaving the Baltic states, we arrived into Poland, Brysgiel. The first day we stayed at “WIDOK Parkowe Centrum Wypoczynku” camping, which overlooked lakes and forests.

I imagine that in summer it would be packed based on the size of the campsite and the attractions surrounding us in the National parks but in late September, we had the beauty, attractions and peace to ourselves.

We took a trip through primordial forest on a narrow guage railway which was stunning, we got lucky as it was the last trip of the season.

Not the most cheerful welcome into Poland but next we decided to visit Treblinka extermination camp, which once again was devoid of tourists, the silence eerie yet fitting.

Within a year of the camps operation, it’s estimated that between 700,000 and 900,000 Jews were killed in the gas chambers along with 2,000 Romani people. Walking around the camp, with a grave audio voice explaining in excruciating detail the arrivals of confused passengers, abandoned possessions and tortured lives, it soon hits you how large and terrible it was, more than it would if you visit the places yourself without the guide.

Not much of the camp is standing today, but stones marking certain aspects, Jewish flags flapping amongst gravestones and a barrier of names fluttering within the leaves, the only memory of the dead prisoners is enough. The trees creak with untold stories and whispers from the past, the smell of death mixed with pine as the weather clashed with the atmosphere beneath it. The place brought back memories of our trip to The Killing Fields in Cambodia and I wonder how we let these atrocities happen, will we ever learn from our mistakes.

The capital of Poland, Warsaw, was our next destination. It’s historical old town has been designated a UNESCO World Heritage Site and despite the amount of cities we had now visited in succession, Warsaw caught our wonder nonetheless. Despite WWIIs effect on the city, it remains beautiful and full of life. Palaces, cathedrals, squares and mansions all display richness of colour and detail. 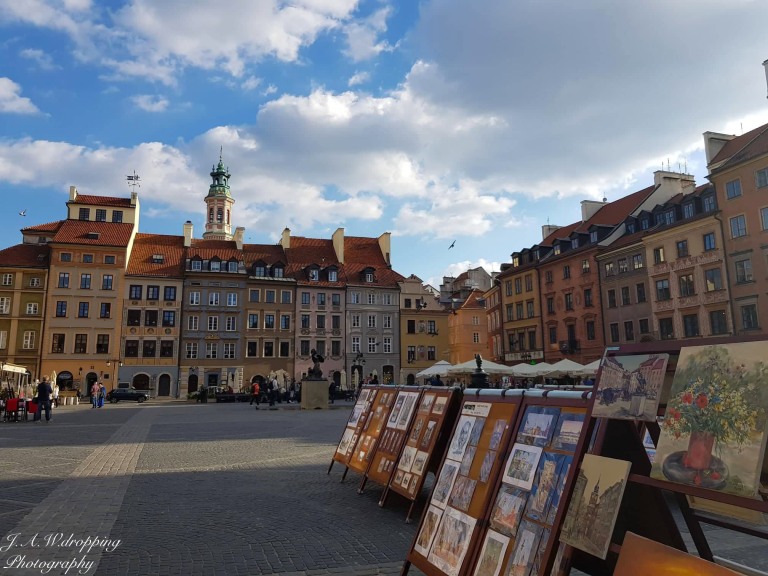 Parks with lakes and weeping willows and neon signed authentic restaurants add to the buzz of university life, which penetrates much of the city. 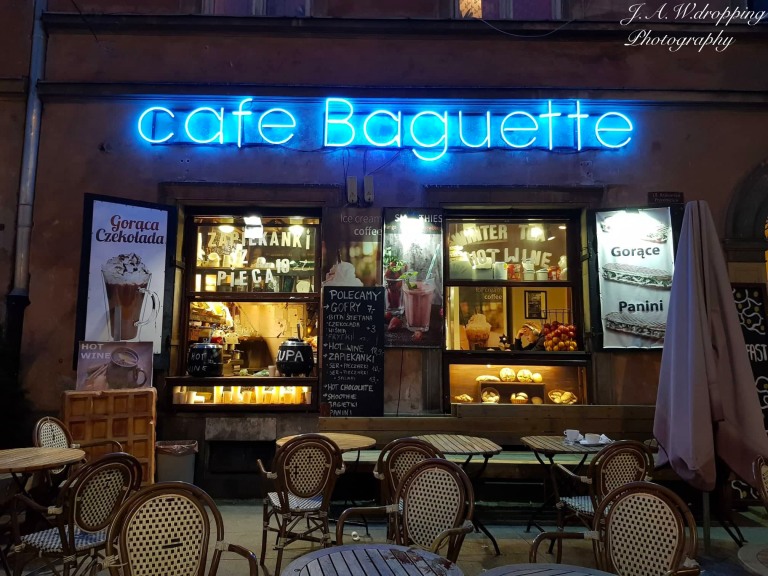 For the first time since the start of our trip we rented an apartment in the heart of the city, (leaving the van in a secured parking) which allowed us to experience the night life and allow for a deeper feeling with the city.

One day we headed in search of the Copernicus Science Centre -museum- and spent the day there allowing Jed to profit from over 450 interactive exhibits; a fun day out for any child (or adult!).

Wieliczka, although touristic was definitely a highlight and I would recommend to anyone.

The salt mine in the town produced table salt continuously until 2007, becoming one of the worlds oldest operating salt mines. The tour gives you a full sighting of 54 levels into the earth, salt tasting walls, salt sculptures, amazing history and underwater channels.

Salt rock chandeliers lit the way through cave after cave illuminating various points of interest, one of the most fascinating rooms being St Kinga’s chapel which looked ethereal with its rock sculptured murals and reflected light(concerts are held here).

With the plan to catch the train into Kraków the next day we set off only to realise that our train wasn’t running so instead we took the bus. An hour later we were standing in the heart of another medieval city.

After sitting in a cafe for a drink and snacks in the main square for a long time, soaking in the sun, we found the motivation to explore.

Although it had its fair amount of tourists Krakòw is a beautiful city with the perfect vibe so if you’re in the area come and visit! We moved from the culture, to the churches and architecture and up to the Jewish quarter where we finished off with a traditional Polish meal.