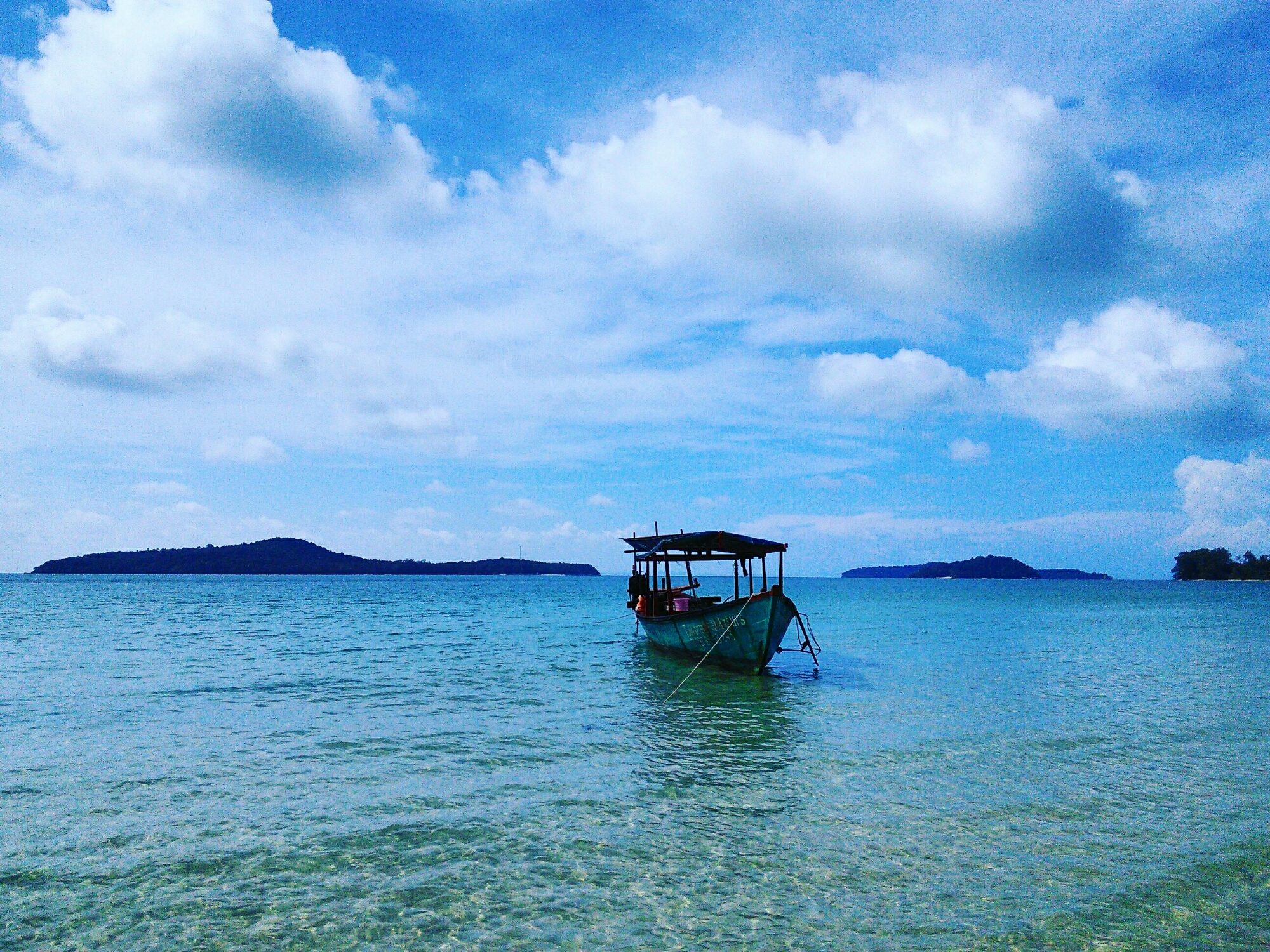 We took the sleeper bus from Siem Reap which took 9 hours then a mini bus to Sihanoukville from Phnom Penh that took 4 hours. Sihanoukville is on the south coast of Cambodia.

A lot of people that have been here gave good reviews so we came. We didn’t stay in Sihanoukville but rather in the village area at Otres beach.

The hut was further back from the beach at a place called Otres Jungle Bungalows. It was more of a cabin (octagonal) and it was a great open space to spread out in at night. With an upstairs, kitchen, 2 double beds, bathroom and dining table it was plenty big enough. The owner Andreas, an Italian was a great host. We spent 10 nights here. 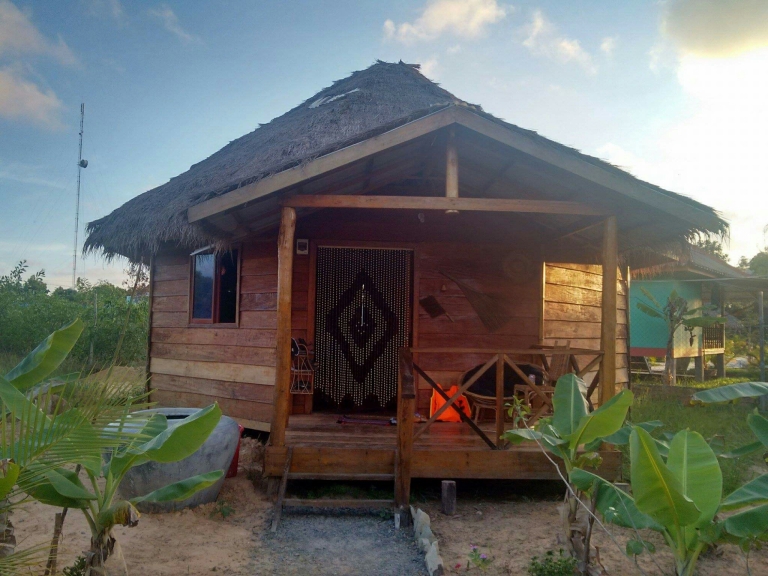 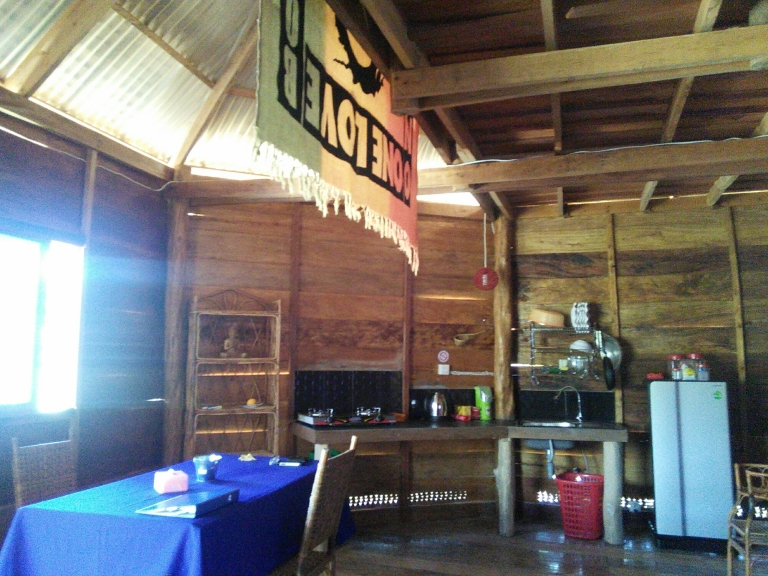 Otres beach is split into two parts, Otres 1 and Otres 2. Both parts were under construction. It was a 10-15 min walk down to the closest part of beach. The beach was thin here and not very clean to our disappointment with waste coming from some invisible sewers. We thought that all the building construction was too much for what the beach was.

As time went by we preferred Otres 1 and came to enjoy it more and more. The sea was nice and blue and warm further away from the closest part of the beach. We walked far along the coast and found some beautiful, secluded beaches which were far better than the touristy ones but apparently soon to be turned into Otres 3 and 4!! These were part of the Ream National Park which is supposed to be protected but obviously not. 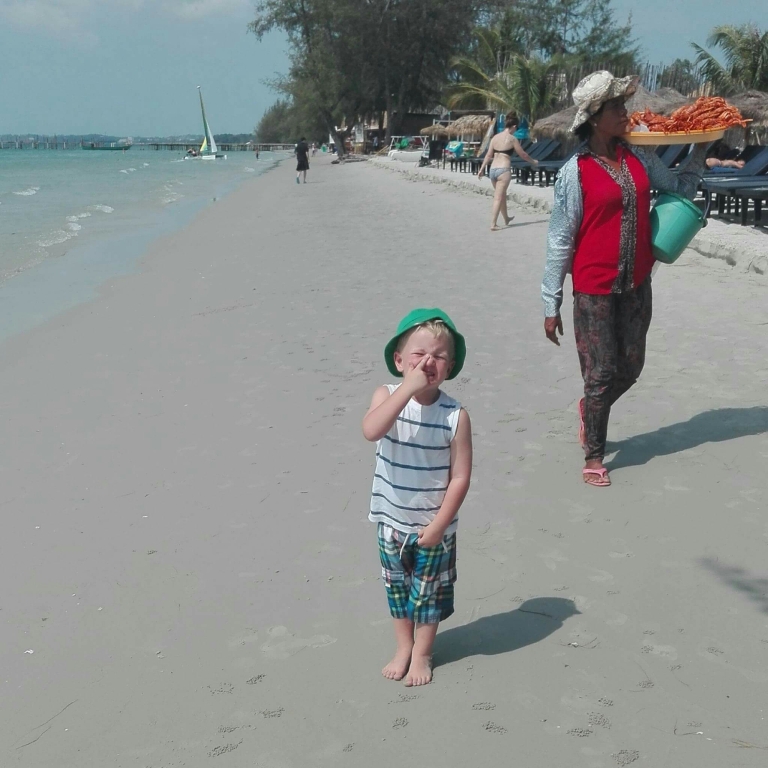 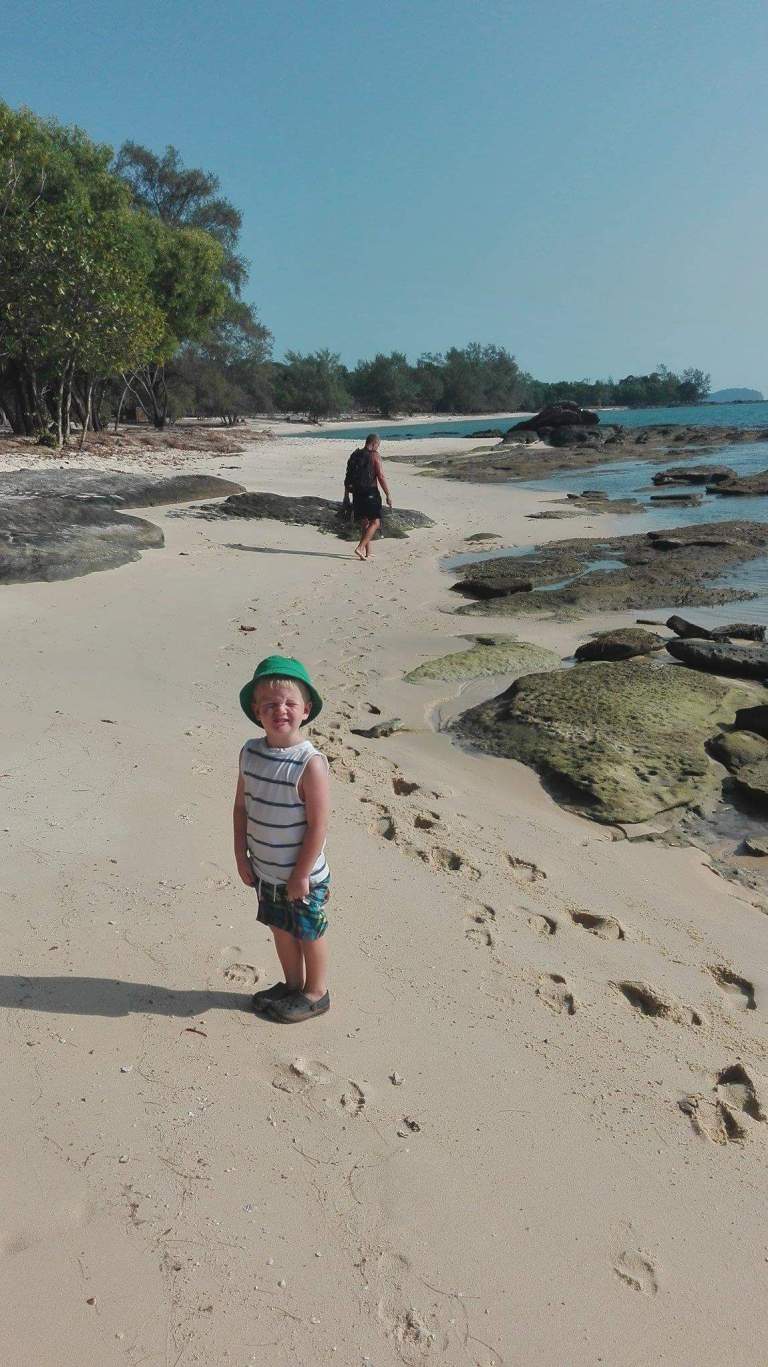 We did a full day boat tour around the islands. The boat was small and packed with tourists. You stopped off at 3 islands altogether the first and last only being a snorkelling stop. But the second was at Koh Ta Kiev island and that’s where we had our picnic and were able to stop for 2 hours. The sea was a lot cleaner and the island was beautiful. We met a guy walking down the beach with his guitar called Andy who showed us around some beach huts. He gave us a number and gave us some thoughts of returning here. 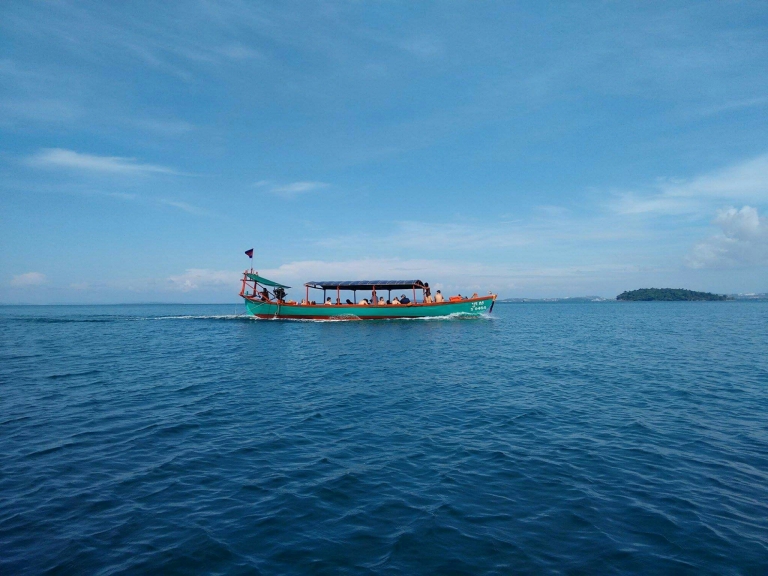 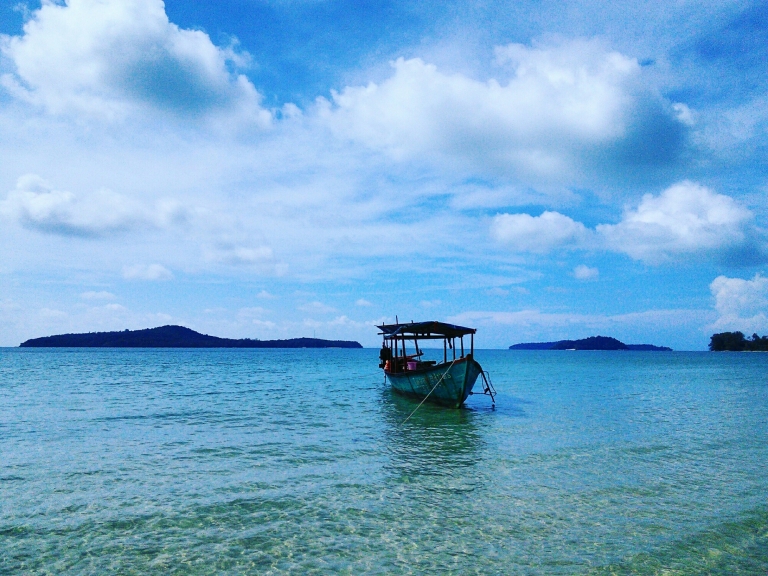 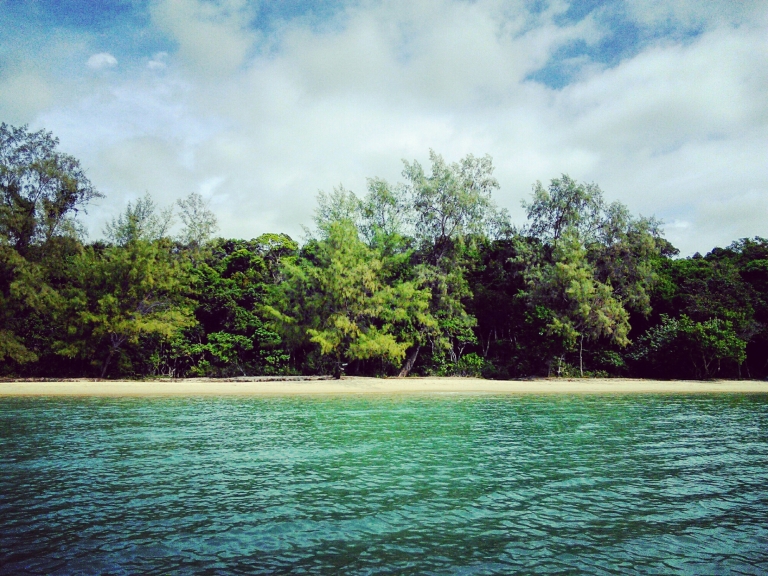 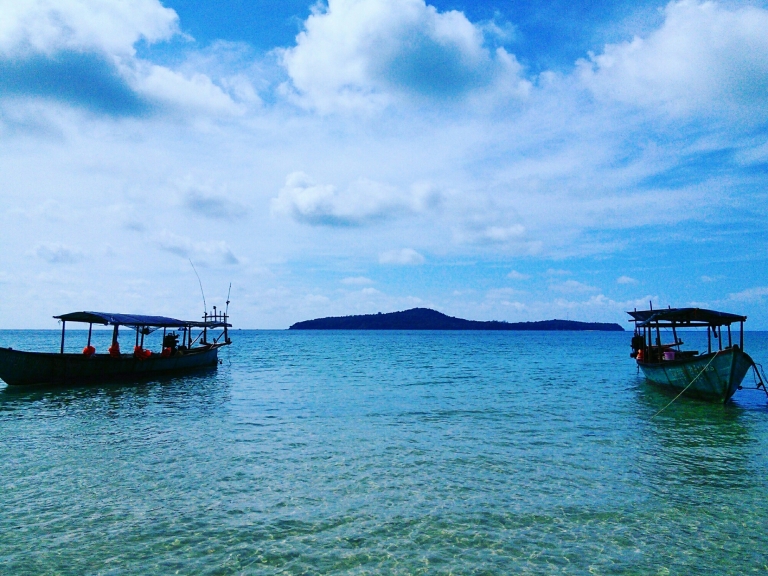 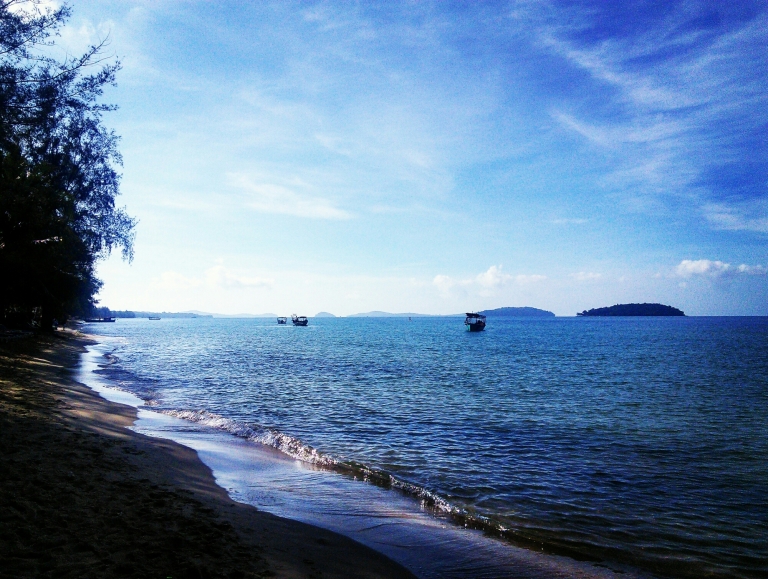 The coral wasn’t colourful but had a great deal of shape and beauty still remained. But probably not for long as some tourists were standing on it and one took a massive slab home which I really wasn’t happy about. Food and drink was included as was the equipment. A great day out if snorkelling is your thing and you want to explore the islands.

The Kbal Chhay waterfalls near Sihanoukville was another great day out and had plenty to offer. Jed enjoyed the shallow areas whilst the rest of us took pleasure in sitting under a sizeable amount of water flowing from above. Mum and TUT (The Ultimate Traveller) sat under the biggest waterfall having a fun massage. 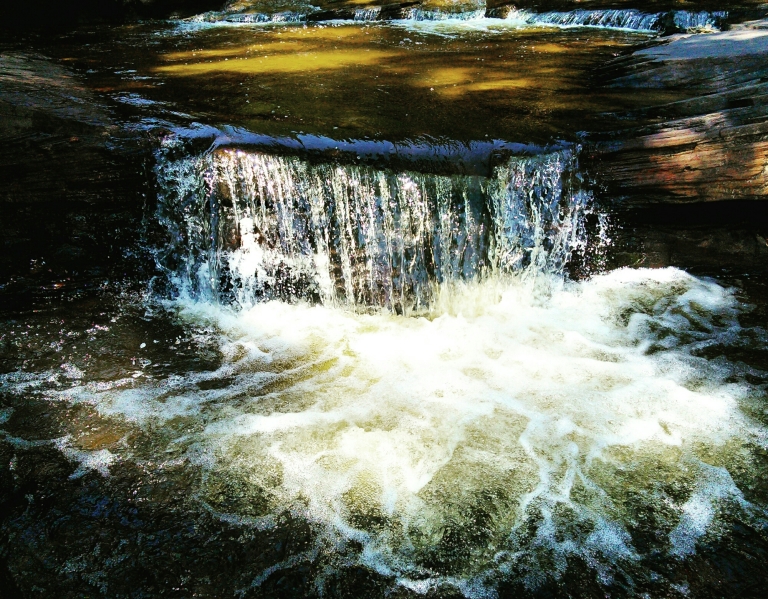 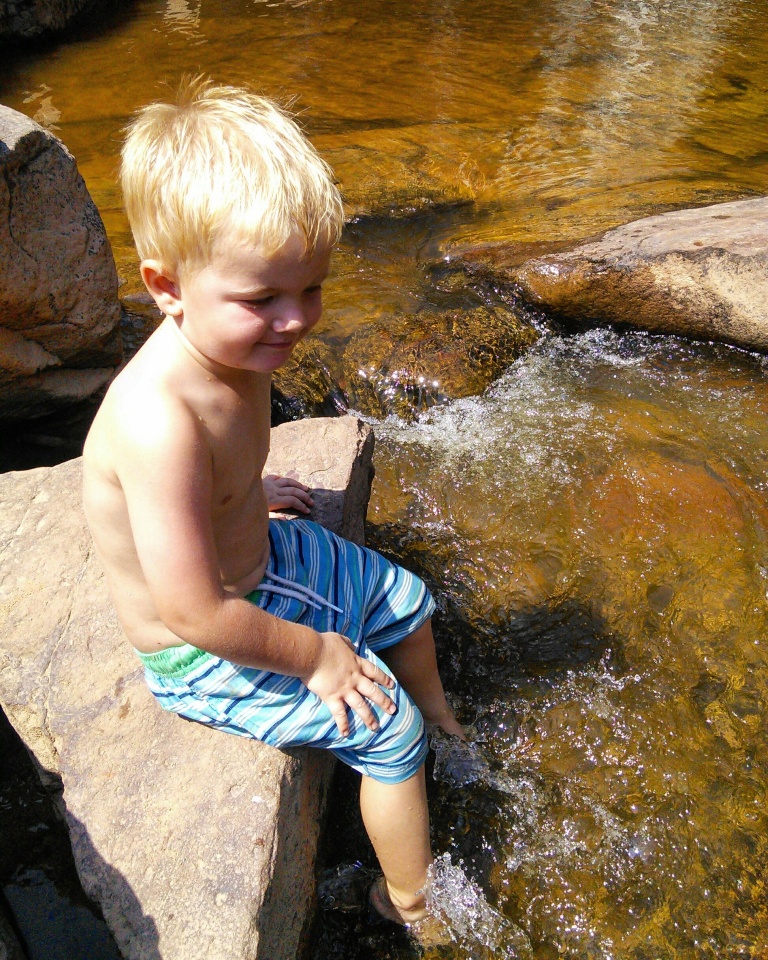 Across the road from where we were staying there was a night market that mainly had bands and bars rather than shops, clothes and jewellery like in India but a good night out if its your thing.

We did go into the city to get a few things done and found that it was a busy city with high rise concrete buildings, food markets, school children running around the busy streets and lots of shops to offer you anything you needed. 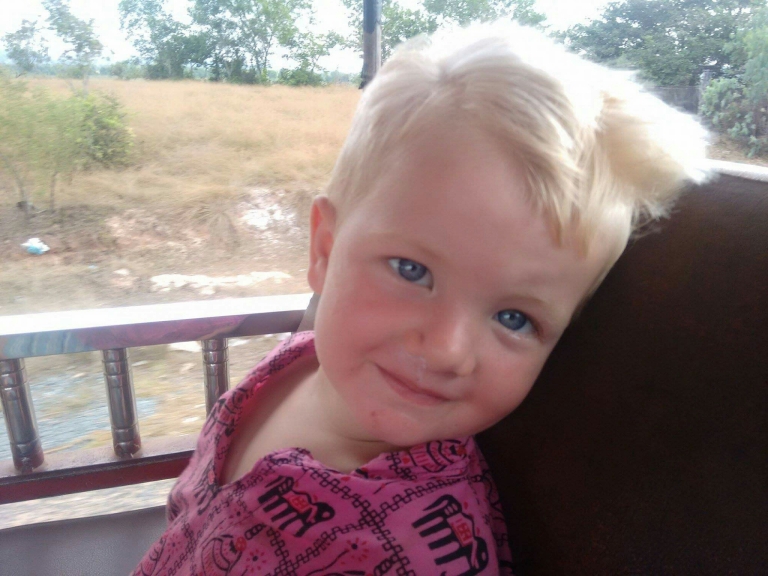 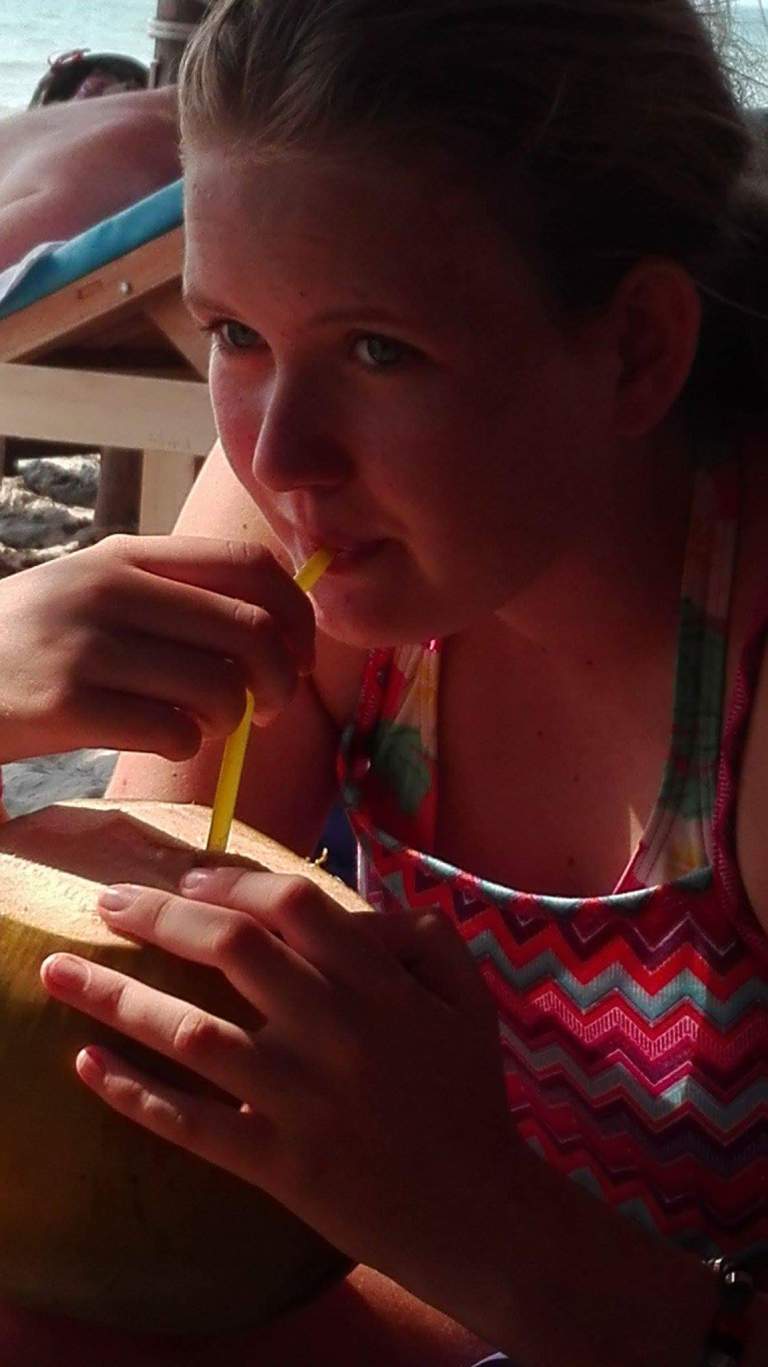 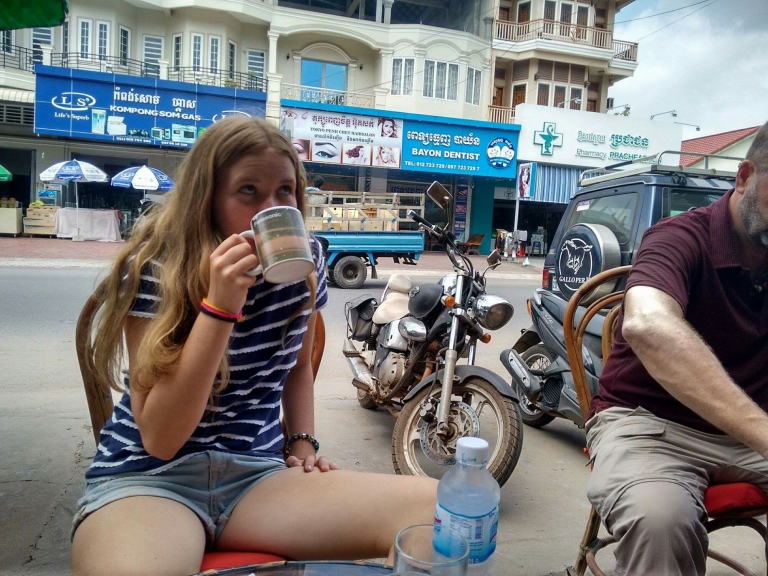 Most days we spent relaxing in our cabin or hut, in the end we realised 10 nights was slightly too long here but our stay was enjoyable.