During our 10 days we used up our 3 day ticket to Angkor with about two days in between each one for recovery and relaxation.

Before I continue I think I should probably write something about this immense, exquisite and intricate site.

Jayavarman ll was the founder of the Angkor empire and he proclaimed himself a god king possessing similar powers to the Hindu god Shiva. This god-king theme was also used by his ‘successors’ throughout Angkor Wat’s history. Over 27 kings ruled here.

Suryavarman ll was the king responsible for the grand Angkor Wat temple, which he dedicated to the Hindu god Vishnu. Previous god-kings did not have this special devotion that he had; they always included other gods.

Cambodia is the oldest country in South East Asia which its history was starting to record from the 1st century. The Khmer Empire was a powerful Khmer Hindu-Buddhist empire in Southeast Asia.

Most temples were based on Hindu architecture but later on it looks like the Buddhists added some on their own.

In terms of size (not in terms of population), this makes it the largest urban agglomeration in recorded history easily surpassing the nearest claim by the Mayan city of Tikal (which we have also visited and even that seemed too immense to find believable).  At its peak, the city is an area greater than modern Paris and its buildings use far more stone than all of the Egyptian structures combined.

Angkor is sometimes classed as a seventh wonder of the world.

So for our first day we visited the famous Angkor Wat temple first.
You walk along a huge stone ‘bridge’ that goes over the baray (reservoir)

that leads to the first building you encounter at Angkor Wat.

Beyond that a walkway leads to the main temple which itself is one of the largest temples in the world. 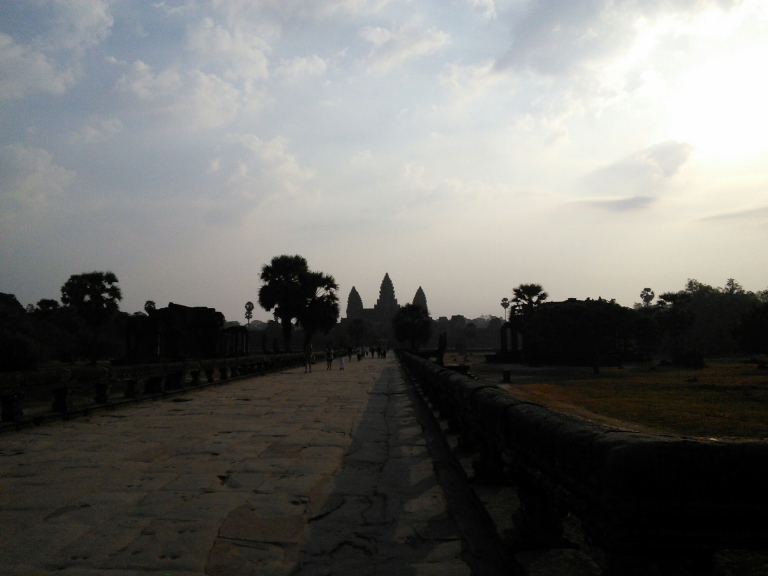 We walked around the temple but since we didn’t have long we didn’t exactly know the layout. The corridors surrounding the main part were full of carvings telling stories not many can read.

I queued to go up the main temple but I wasn’t allowed to go up as I didn’t have the correct clothes on so was forced to leave (even though I was wearing a scarf and leggings). I was really annoyed so we said we would return another day and spend more time here. 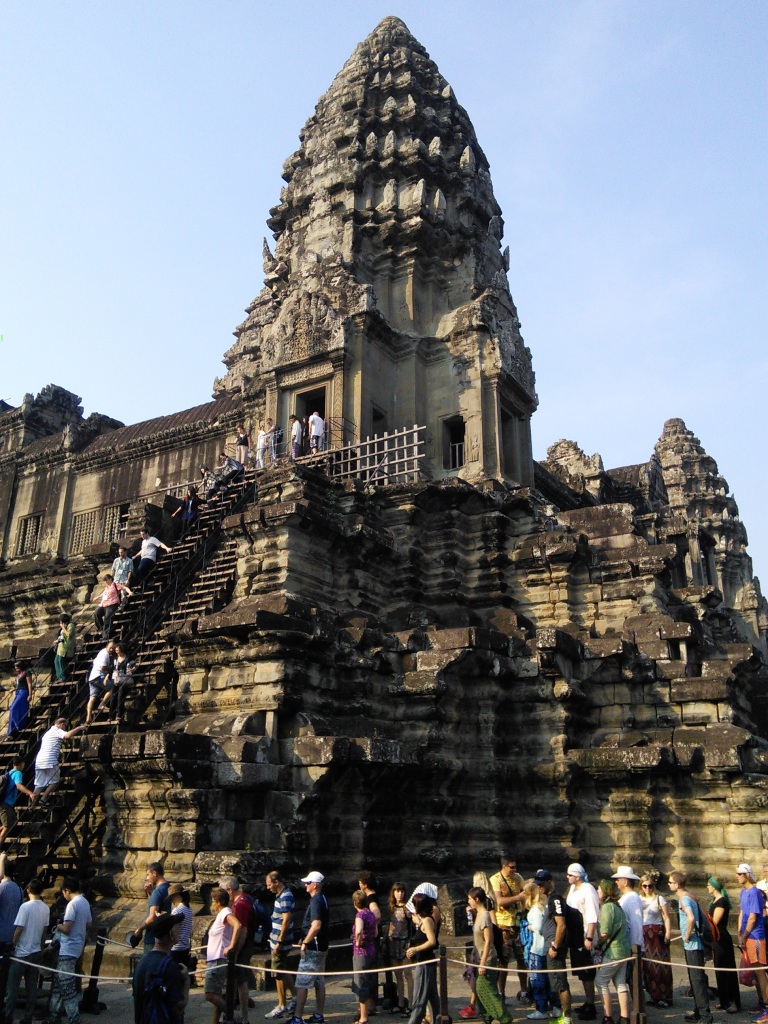 Next we went to Bayon, another temple and quite famous. This one I think I would class as one of my favourites.

I ended up sauntering the corridors, walking up neglected staircases and wandering around empty courtyards on the lower levels. 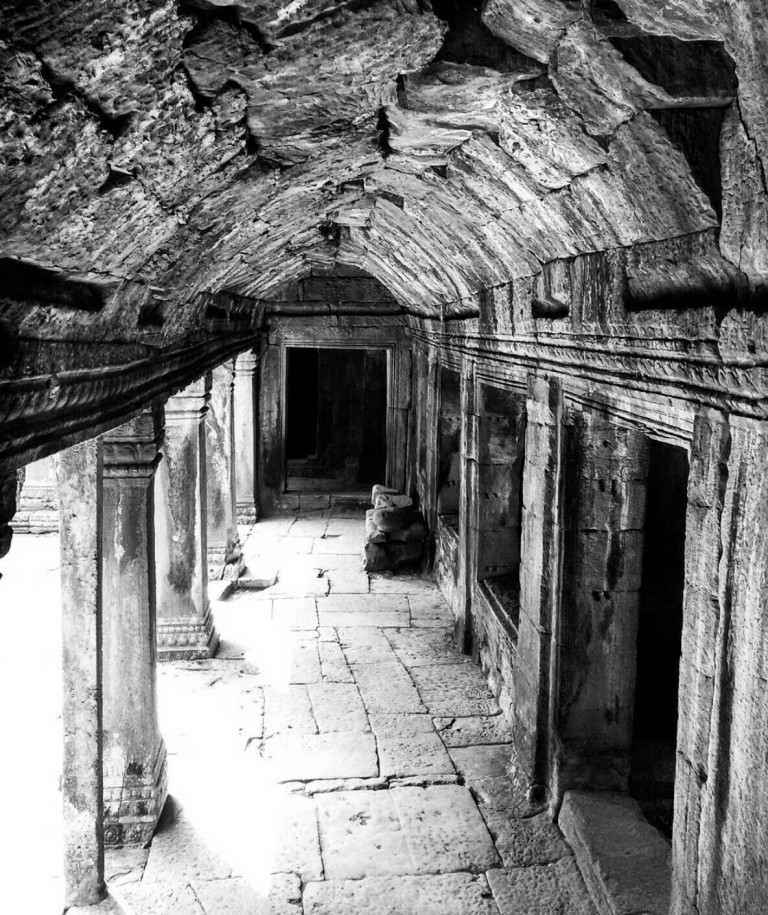 Once I moved up onto the main level I was immediately surrounded by crowds snapping shots of the superlative carvings of faces that looked at you in every direction you turned. 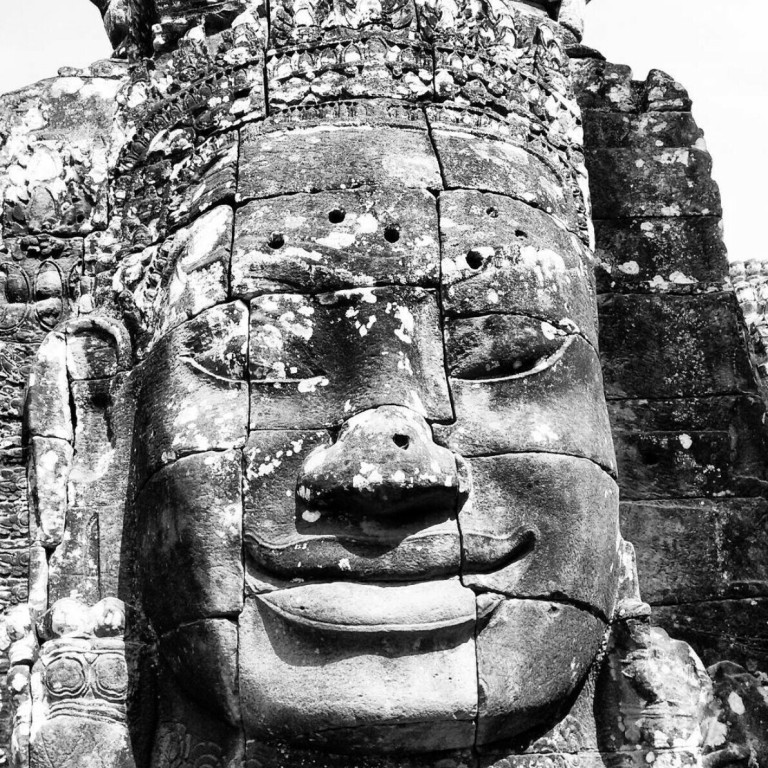 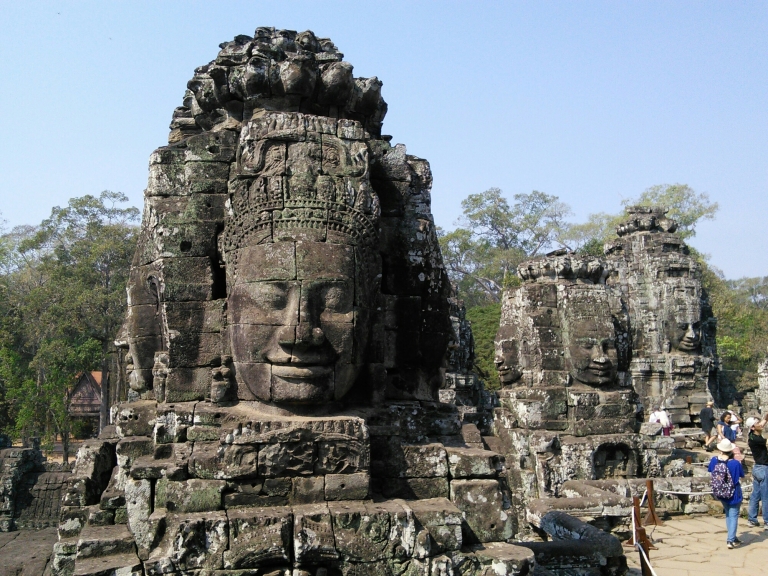 The building in the centre rose up with a room in the middle with 4 entrances leading to the god statue. I really got a feel for this temple and if you ever end up here I would highly recommend taking a look at this one. 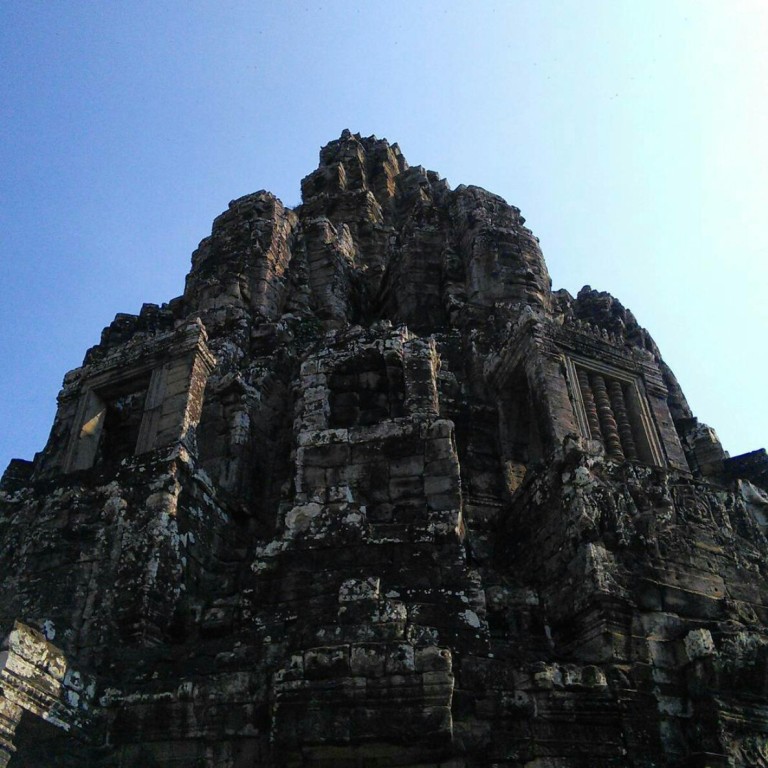 We walked across the road and took a look at Baphuon temple. We didn’t go inside it only walked upon the walkway which led up to it from quite a way a way. 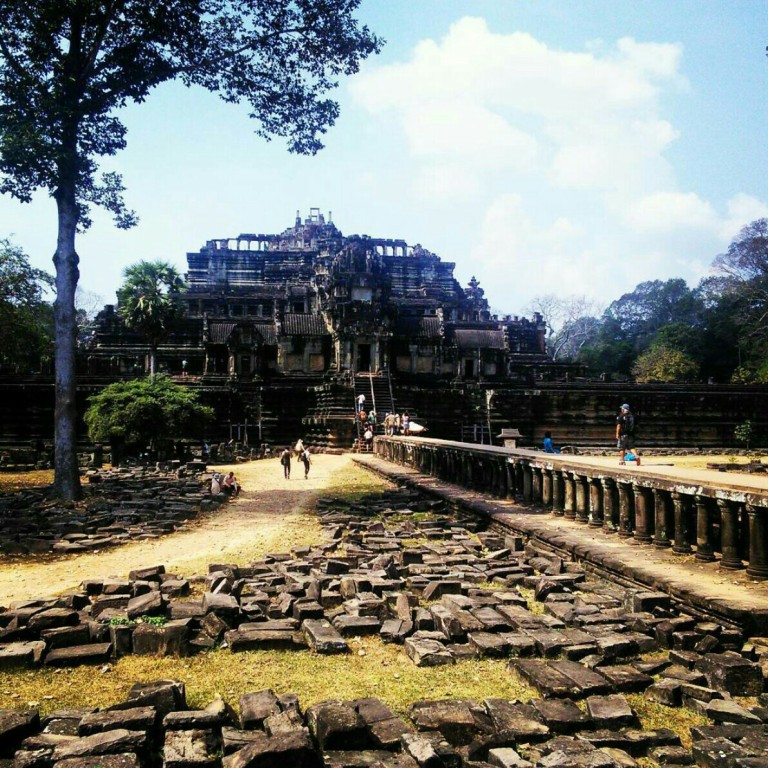 We drove in the tuk-tuk to Ta Prohm another famous temple. This one was also beautiful. Most buildings have been overgrown by the thick tree roots of the jungle but that only adds to the feel of the place (this is where Tomb Raider was set). 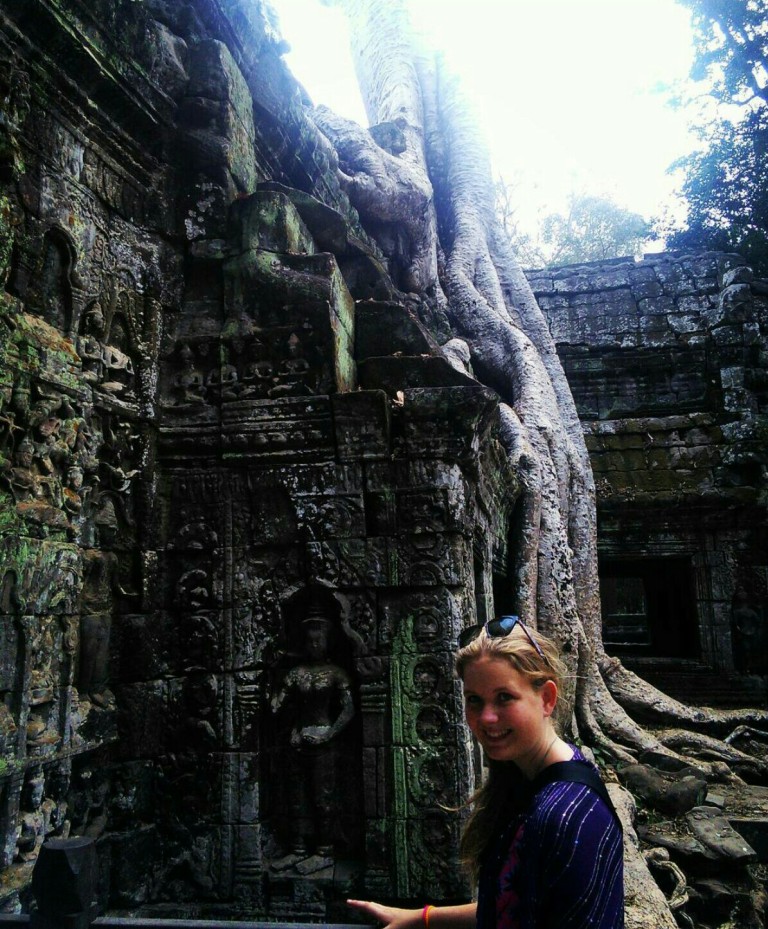 It just shows how nature is one powerful and beautiful source that works together and will last a lot longer than any man made thing.